The enduring joy of ice-cream

Ian and Pam White, the couple behind Polar Dessert Bar, have been bringing decadent and fun treats to Mount Maunganui’s main street for four years. But their love affair with New Zealand and the Bay stretches back much longer. 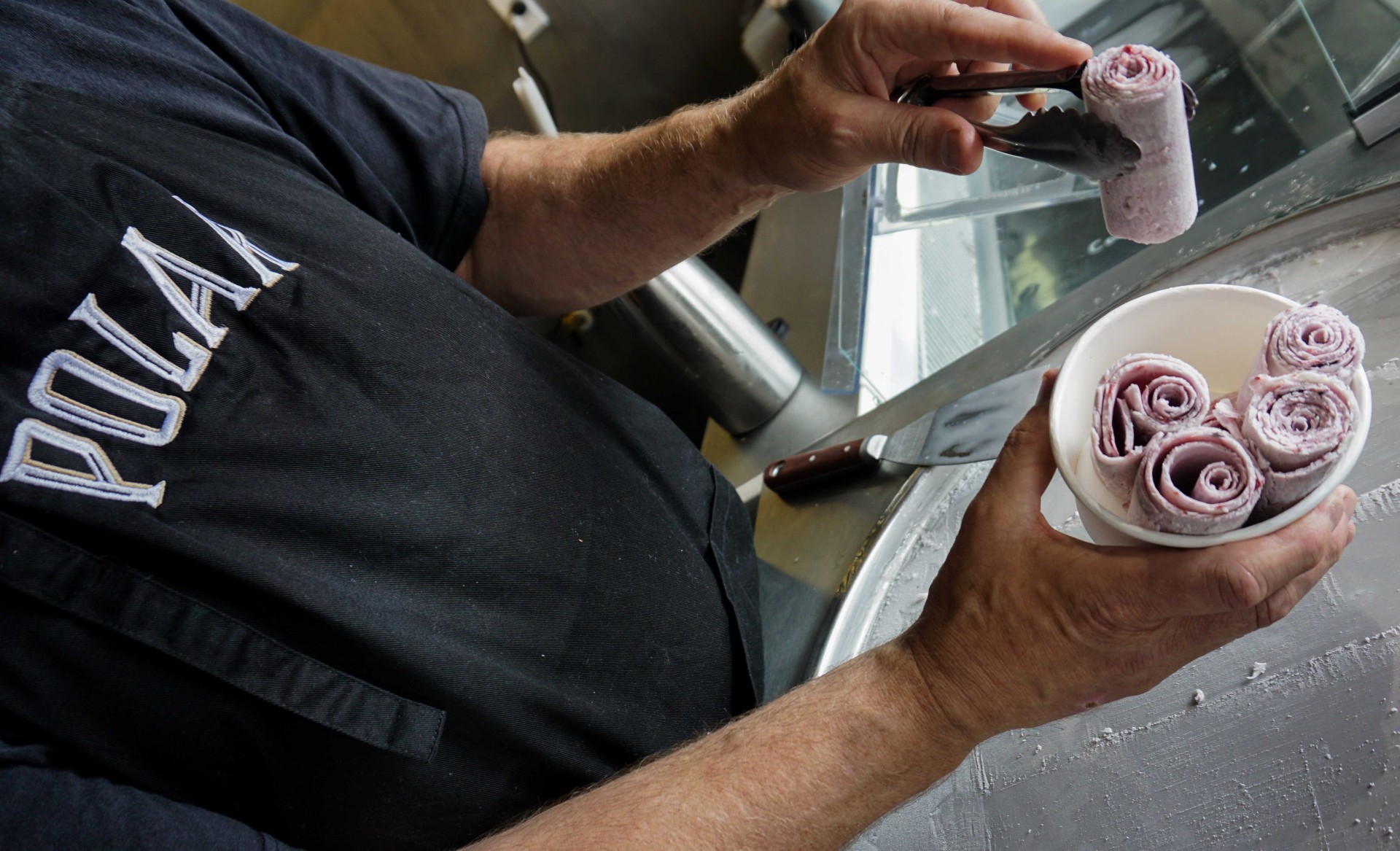 Originally from the UK, Ian and Pam have been in the hospitality sector for 30 years, previously owning their own restaurant and catering businesses. But it was New Zealand they came to for their holidays, returning every year for twenty years and travelling around the country.

Finally, in 2014 they made the move permanent, bringing their vast hospitality experience with them. But they needed a new idea.

“We spent six months wandering up and down the beach, thinking about what we were going to do with ourselves,” said Ian.

Ian and Pam were running Yo & Co (on Prince Avenue in Mount Maunganui) which offers frozen yoghurt treats but saw an opportunity for a late-night trade on the main street. 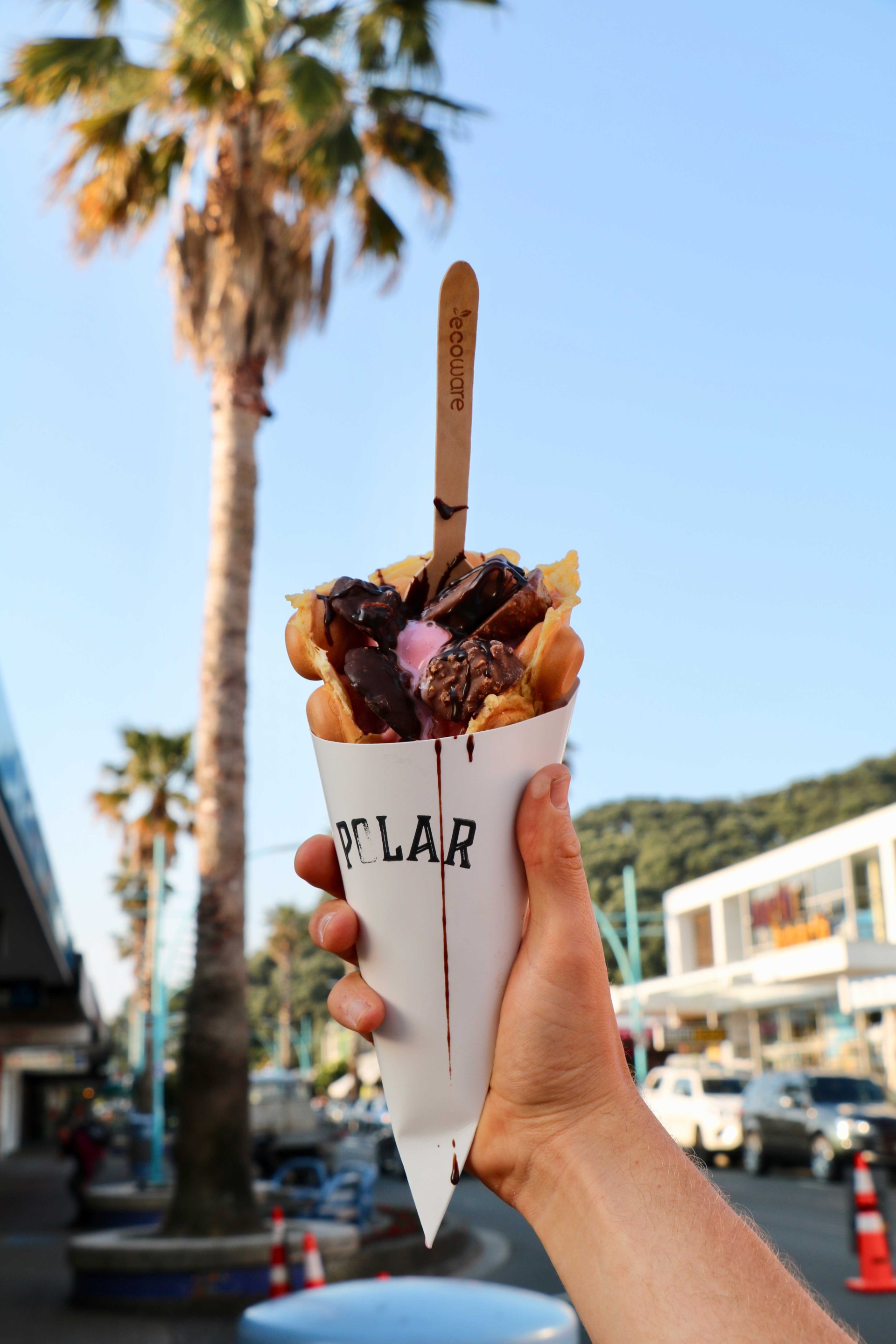 The result was Polar Dessert bar and a menu of “fun, joyful big eats” including bubble waffles and cold-plate ice-cream.

“We’re really fun, we enjoy what we do and there’s a real buzz. There’s music going and people can see their dessert being made right in front of them. The cold-plate ice-cream gets bashed together and rolled at the end – it’s a bit of theatre with your dessert. We see a lot of smiles.” Ian and Pam love to create new flavours and use local ingredients.

“We use fresh seasonal ingredients and organic fruits. We source kiwifruit, blueberries, boysenberries, milk and cream from local providers as much as we possibly can.”

The eatery is operating under alert level three with both delivery and contactless pick up options. But Ian says, if people can, their business greatly appreciates dealing directly with locals. 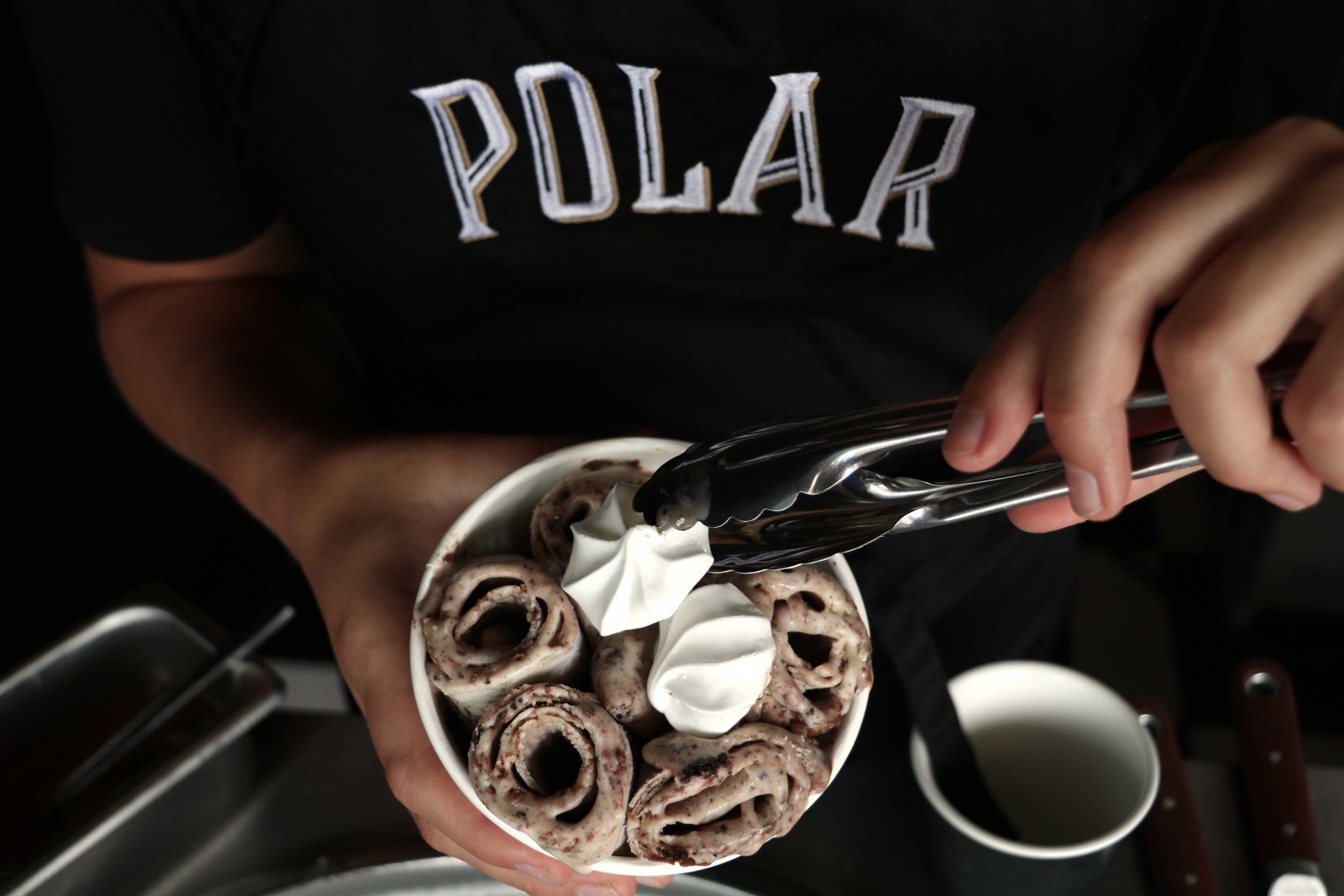 “We’ve got an incredible sense of community. Kiwis are a tight knit bunch; they will help you out. The current conditions are difficult, but we ask locals to take the time to write a review, share a photo and, if you can, please pick up your order rather than using a delivery service. Those things will have the biggest impact.” 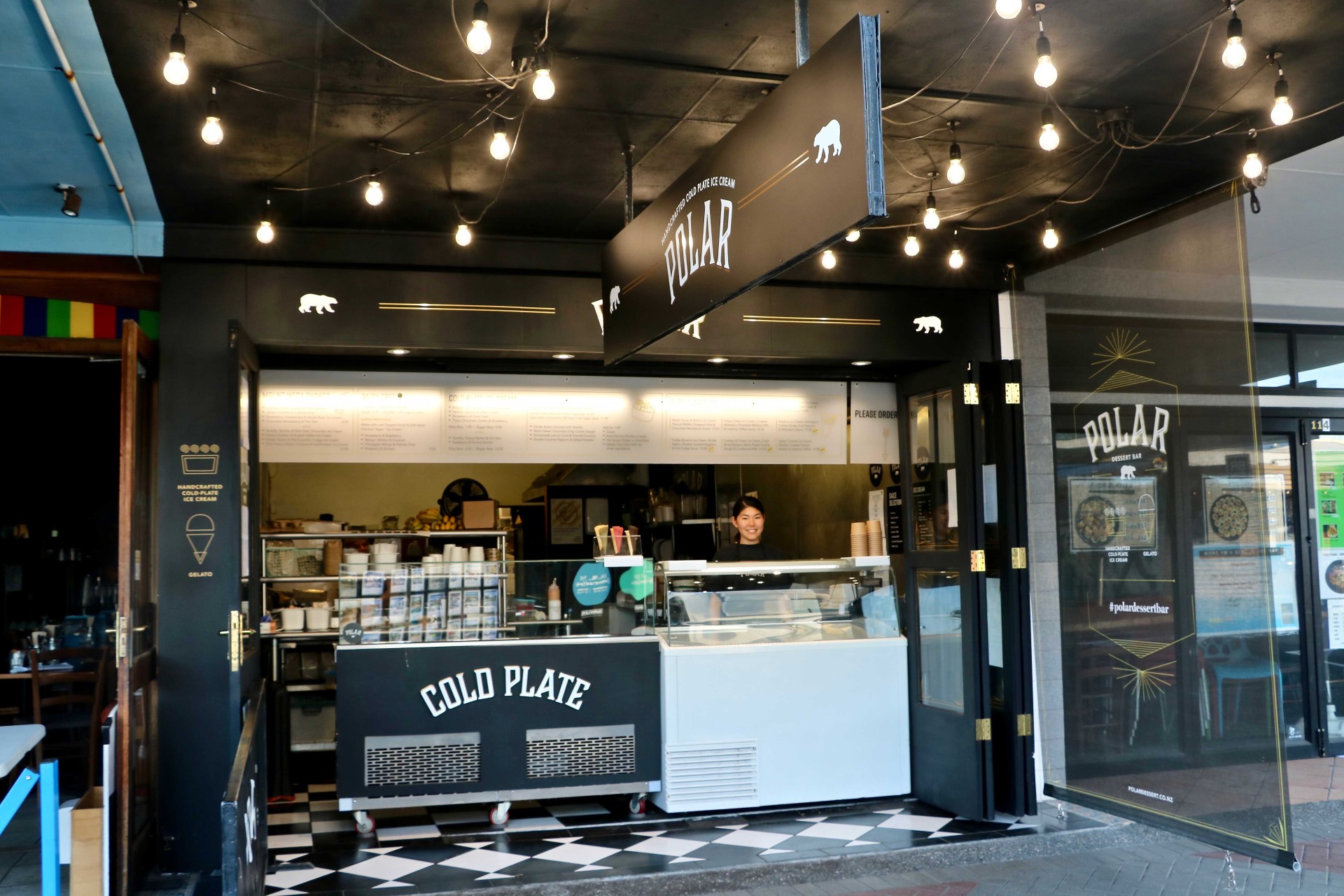