Vegan food, often referred to as plant-based, is one of the hottest food trends around the world, and here in the Bay, we have a growing number of businesses leading the way. 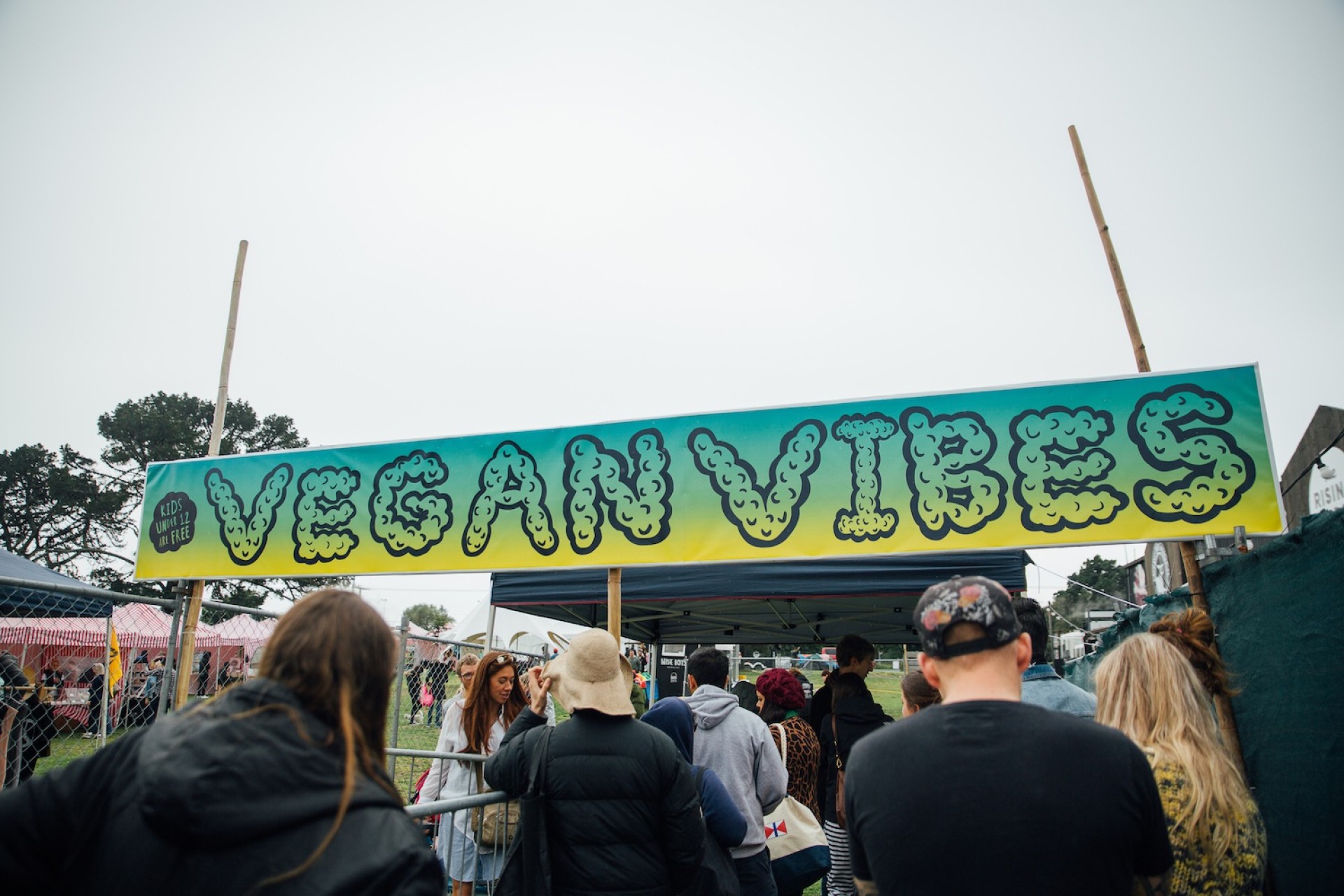 When Rachelle and Chris Duffy started Vegan Vibes seven years ago around 1000 people came. The couple had been to a similar festival in Auckland and thought there would be an appetite for something similar in the Bay.

This increasing popularity of plant-based food along with the expanding choices are evident in the growth of Vegan Vibes which this October will see around 4000 people through the gates. “You don’t have to be vegan to come and enjoy Vegan Vibes,” says Rachelle. “It’s a festival that encompasses and appreciates everything plant-based from a sustainable way of living, finding new ways to cook that can be beneficial to your health and just meeting new and innovative people.” 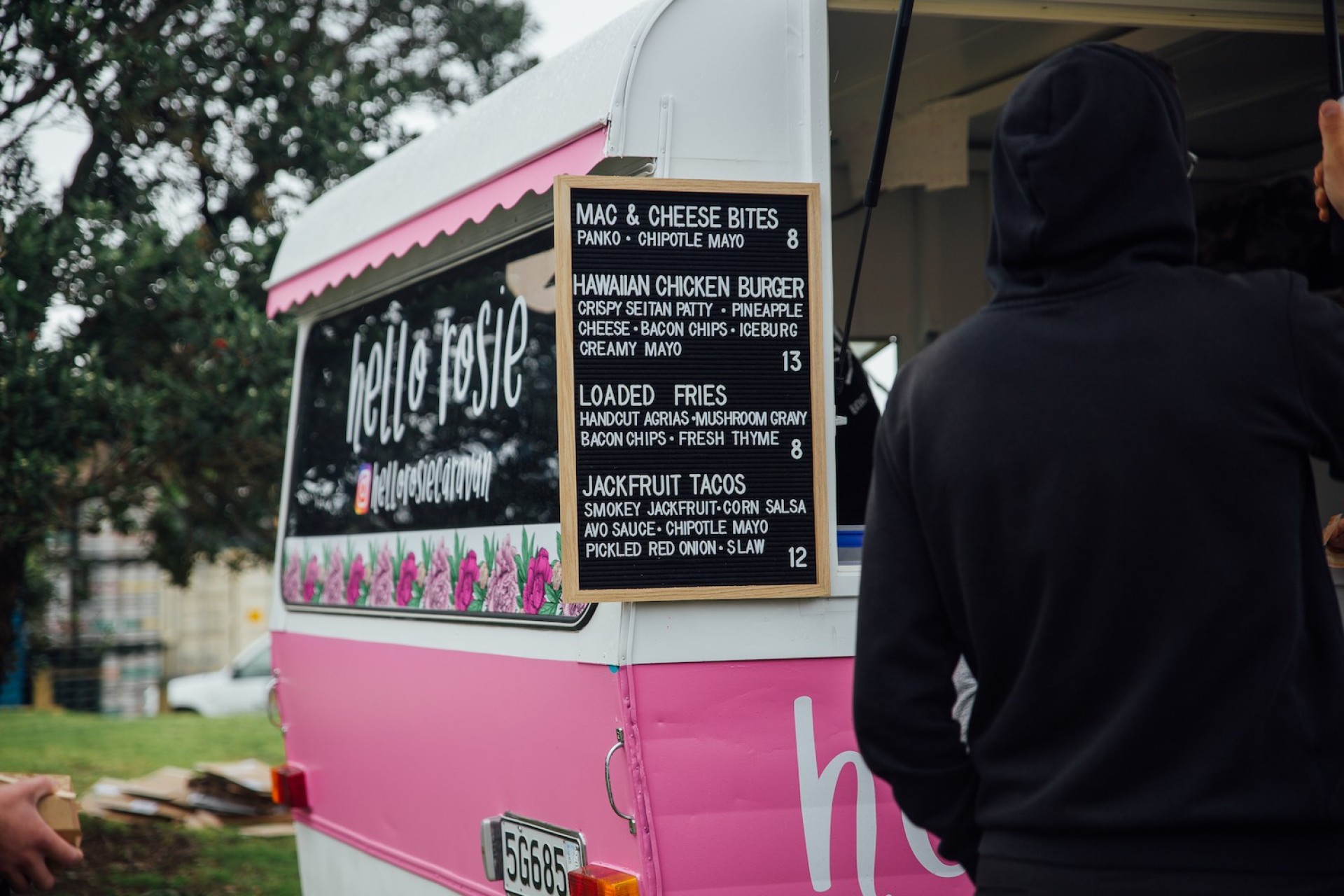 Innovation is key when it comes to creating plant-based food, which is why Renae Josephs and Daniel Johnstone from Hello Rosie have gained such a large following. “Our goal,” Renae says, “is to show people how delicious vegan food can be.”

With careers in hospo, “surrounded by animal products” conceded Renae, Hello Rosie is proving animal products are not essential for many of our favourite foods, from burgers and donuts even the likes of mallowpuffs and toffee pops—all of which rush out of their gorgeous food caravan based which you'll find at various pop-ups and markets. 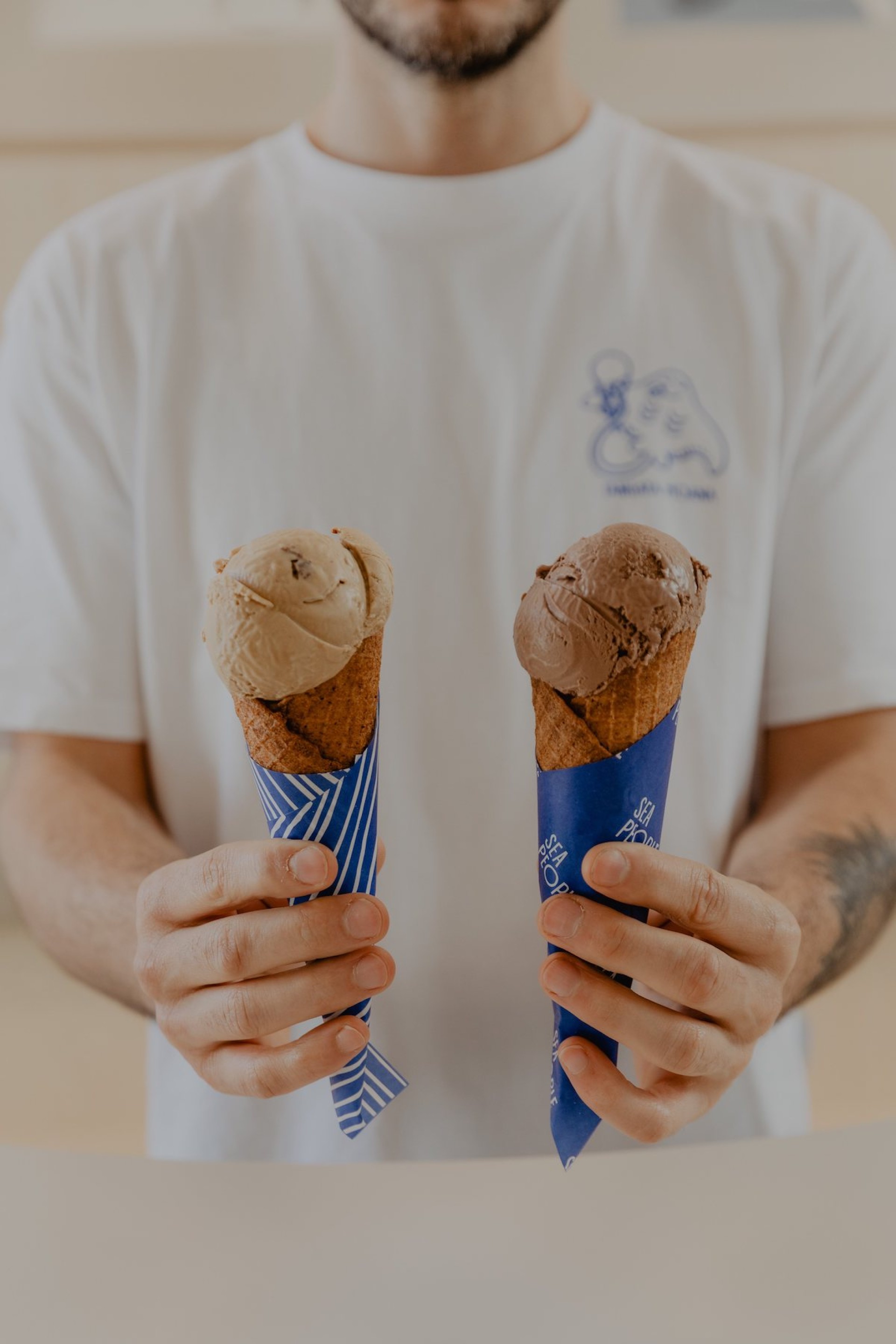 While recreating some of those foods you thought you’d have to forgo if going plant-based, Sea People in the Mount are trying to improve on them. Mariah Whittaker says, “it has never been our intention to mimic the flavour of traditional ice cream, but rather to set a new standard for ice cream with cleaner, traceable and ethically sourced ingredients.”

Add to their range of 100% plant-based ice creams, they also make their own gluten free, refined sugar free waffle cones, which come in both regular and tamariki sizes.

Mariah says their customers, munching on the likes of their sugar free Pecan Caramel ice cream made with cashew and coconut milk, come from all over the bay and with all sorts of dietary requirements. “We do attract a lot of people from the plant-based community,” Mariah admits but goes on to say that “people who aren’t plant-based visit us just as much and love it all the same”. 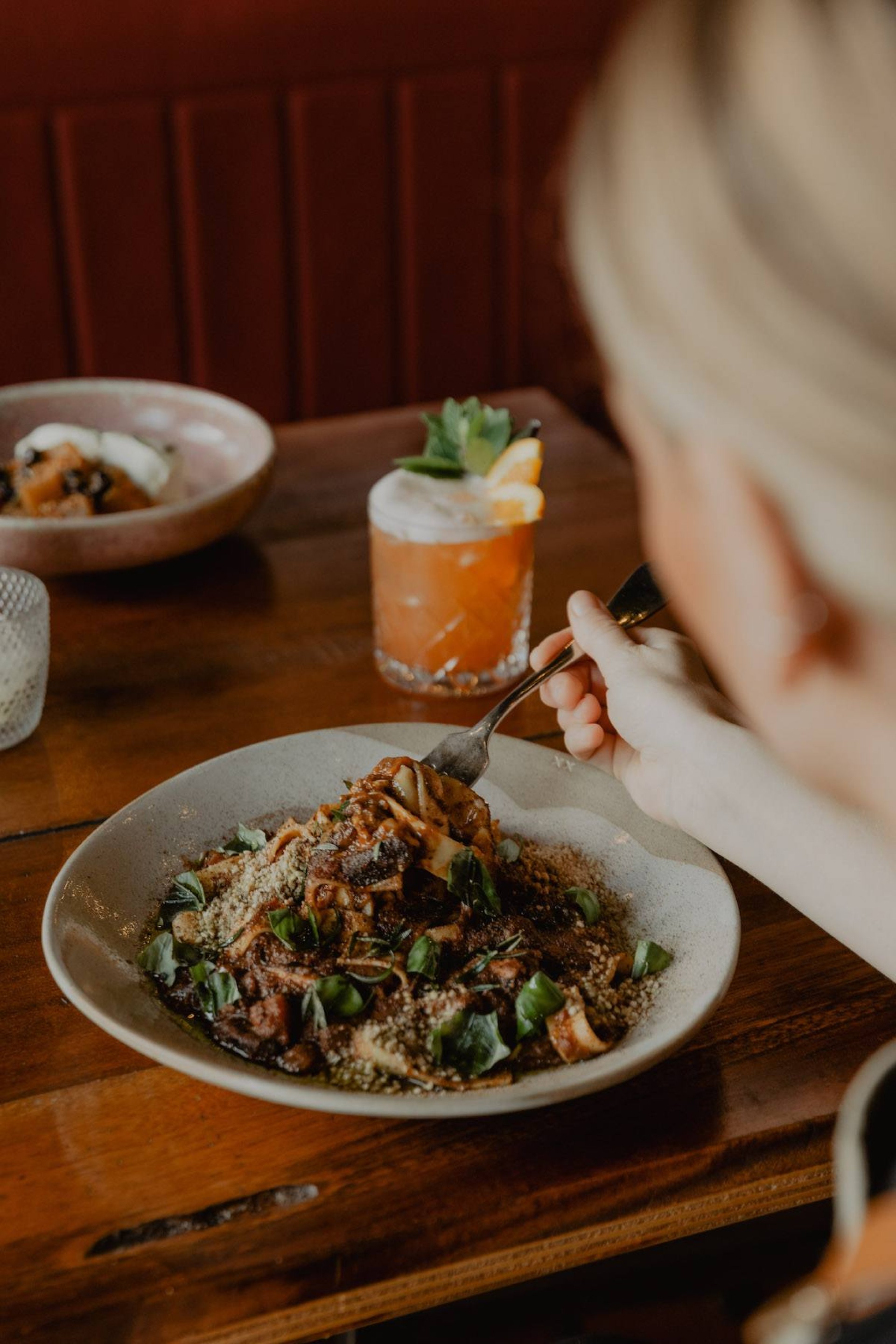 Providing more than just an option for plant-based customers, Ian Harrison at Sugo in Tauranga has a completely separate plant-based menu which, Ian laughs, is “too popular. I knew we would sell some, but there are days when all we sell is vegan food”. And why wouldn’t you with dishes like mushroom pappardelle with vegan parmesan, onion ash and rosemary oil?

Ian relishes the growing trend plant-based cuisine offers, both because it raises awareness of the environmental damage meat and fish consumption is causing and because it is creating better food. To invent a delicious plant-based menu beyond a risotto, chefs have to be more creative, and this can only be a good thing.

Shar McElligot, who opened Nourished Eatery, one of Tauranga’s first vegan cafes, over five years ago, says their choc chunk cookies and gluten free brownie are always a crowd pleaser! “We don’t emphasise the cafe being either vegan or vegetarian. We focus on being a cafe with great food and coffee.”

One of the top go-to plant-based spots in the Mount, Gratitude Eatery serves up the most delicious plant-based sweet treats and a complete wholesome menu.

Owner Lesley Graham says, “A lot of our customers are not vegan but love the food.” She attributes people wanting to make healthier choices as one of the motivations. 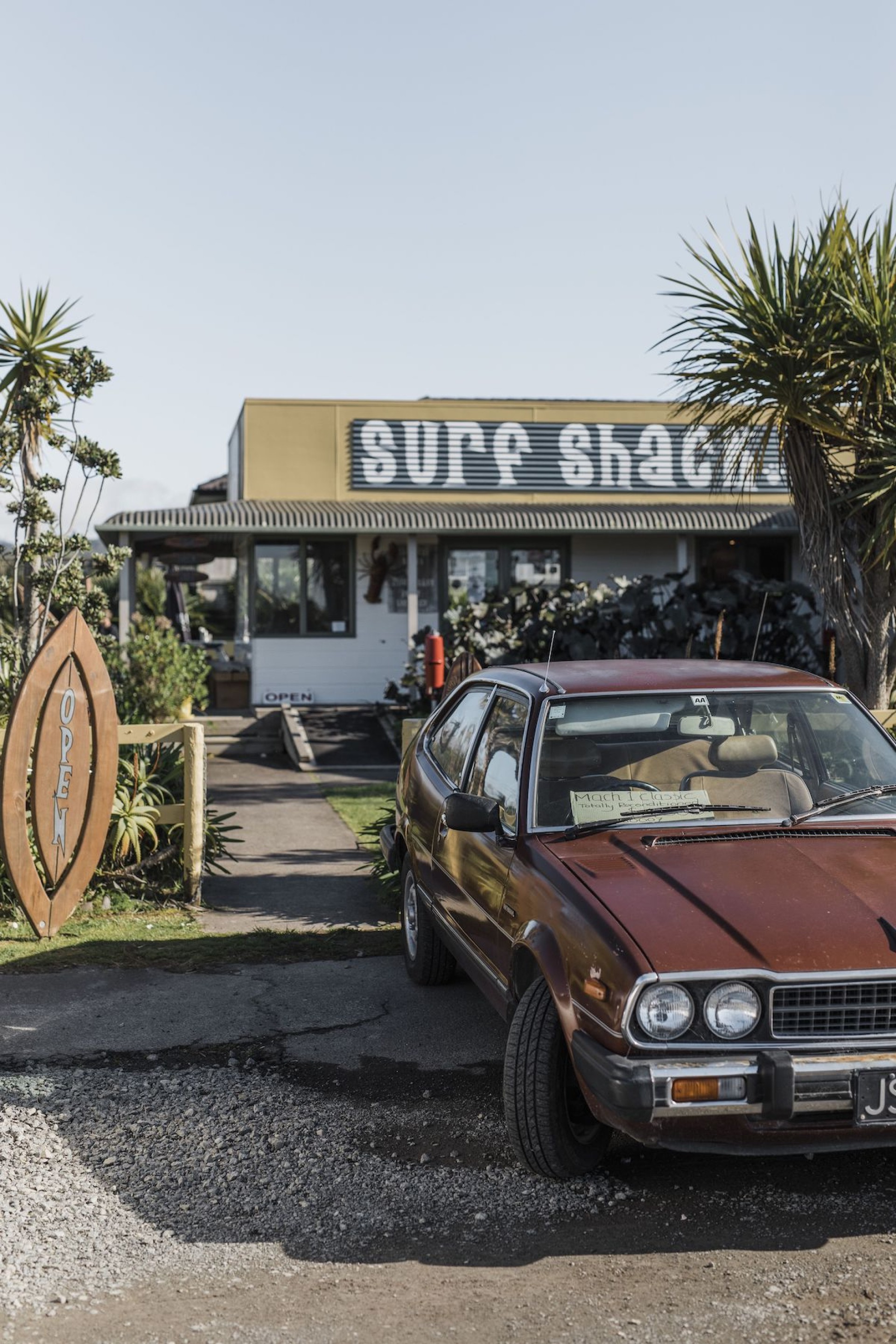 Pippa and Jo Coombes from the Surf Shack Eatery in Waihī Beach say many of their customers are choosing the plant-based offering out of pure interest and curiosity. “I am forever describing what jackfruit is,” Pip says, smiling. The Surf Shack has 16 alternative vegan meals on their menu and extend this further by offering discounted vegan days and other promotions to broaden people’s horizons and tastebuds.

Pip says, “The philosophy behind the Surf Shack is to be able to open up a great dining experience for everybody, no matter their allergies or life choices.”