There were once three mountains that lived in the Hautere forest overlooking Tauranga Moana. One was Otanewainuku who still stands there today adorned with the tallest trees and beautiful birds. There was also the female mountain Puwhenua, a beautiful hill, clothed in the finest ferns, shrubs and trees of the forest of Tāne. The other was a maunga pononga or a nameless mountain.

The nameless mountain was desperately in love with Puwhenua. However, her heart already belonged to Otanewainuku.

There seemed like no hope for the nameless one who decided to end it all by drowning himself in the Pacific Ocean, Te Moananui a Kiwa.

Calling on the patupaiarehe, the people with magical powers, the nameless one asked them to plait a magical rope and then haul him down towards the ocean. Chanting, they began to haul the nameless one slowly towards the sea, gouging out the valley where the Waimapu River now flows. Waimapu means ‘weeping waters’ and is so named after this journey to the sea. The path also created the channel which flows past Tauranga City out to the ocean.

By the time they reached the ocean it was very close to day break. The sun rose fixing the nameless one to that place. Being people of the night, the patupaiarehe fled back to the shady depths of forests but not before giving the name Mauao to this mountain which marks the entrance of Tauranga Moana. 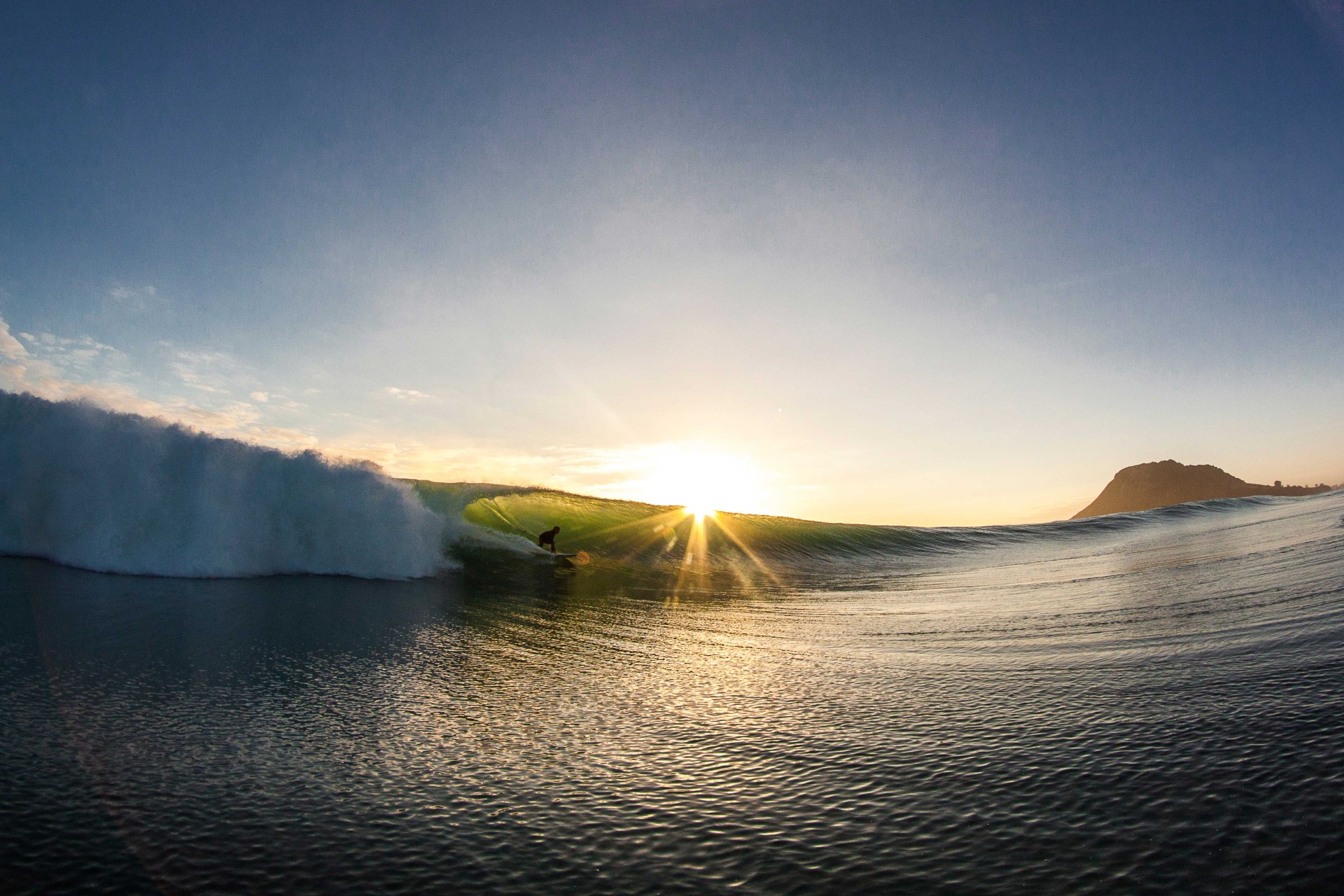 That is the story of how Mauao got his name.

You’ll want to remember every minute of your time in paradise. Uncover experiences and delight in each moment.

We sat down for a chat with Parko when he visited the Bay...

We sat down for a chat with Parko when he visited the Bay...