I first met Shinji when I was getting sushi. He wasn’t allowed out front to serve people but somehow he’d gotten out there. I couldn’t really understand him but could tell he was trying to talk to me about surfing. I thought he must be a grom here on exchange. He had the biggest smile and laughed whenever I couldn’t understand what he was saying.

Even if you can’t understand Shinji enough to have a chat, you can still have a laugh with him. He loves talking surf and genuinely gets excited about other people. I always joke he’s a jack of all trades except English.

For about a year Shinji and I lived together, along with our friend Dan. Shinji had this habit of eating our leftovers so we nicknamed him ‘the dog.’ Even though it was a piss-take, he was so excited. I think he’s always seen nicknames as a Kiwi rite of passage. In typical Shinji style he’s owned it; everyone knows ‘the dog’, he’s the star of the Mount. He’s even managed to change ‘dog’ into ‘doga’ because he thought it was cooler.

Shinji’s a real talented takoyaki chef. When we saw a gap at the markets for that kind of food, I decided to help with the communication — it’s the hardest part for him. That’s how we started Golden Balls. He’s definitely the main show, I’d be screwed without him. I know he’s always wanted to open his own Japanese restaurant,

Golden Balls is kind of a step towards that goal. If that happens, I don’t mind if I’m not even involved, I’d just love to see that.

"Travelling with Shinji is like travelling with a ten-year-old. You have to make sure he’s got his passport, that he’s fed and most of all keep an eye on him. He’s really good at disappearing — you never know if he’s in a ditch somewhere or gotten lost on the way to the toilet.

When we were in Bali, he rode off for a date without letting us know. We had no idea if he was okay until he reappeared hours later. He keeps everything interesting though — a trip without Shinji is too boring."

One of my favourite memories of Shinji so far is in North Sumatra. We drove out in a tiny, beat-up boat to surf this amazing right-hander. When we got there, Shinji was the only one who got out of the boat with me. The waves were 5-6 foot over the craziest reef. I was crapping my pants, but Shinji just went for it. He took the wave the whole way through before getting smoked on the reef. When he came up he was bleeding but had the hugest smile on his face. That's just Shinji all over - he is always happy. 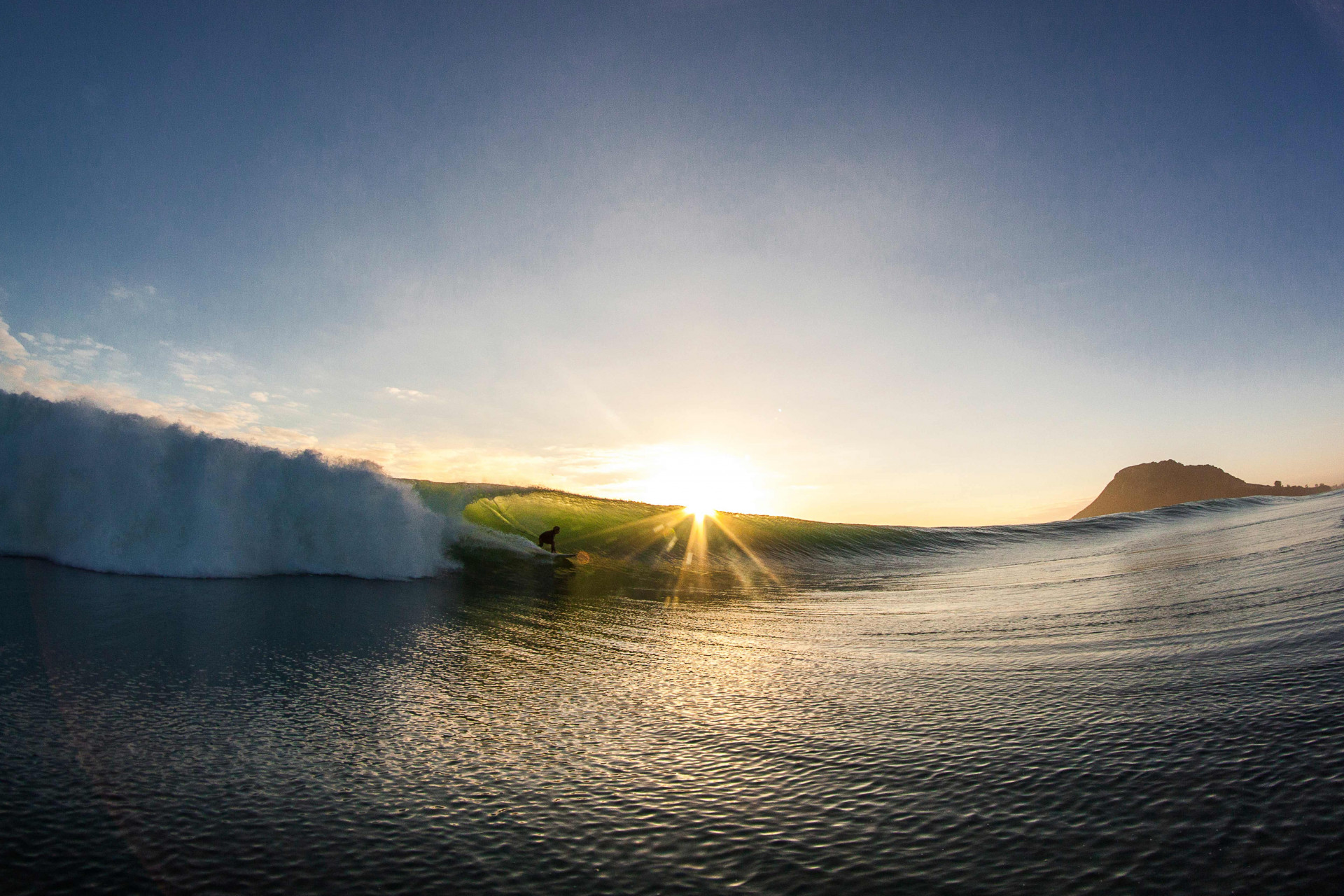 I first saw Jordan when I was surfing down the main Mount beach about five years ago. I had just arrived in New Zealand from Australia, where I’d been for two years. He was loud, talking shit out back and joking around. I thought he must be an annoying grommet but seemed like a friendly one.

In Japan, everyone’s so serious in the water. There’re so many people waiting for their turn, everyone’s quiet and intense. Jordan was the opposite. I could tell he was just having a good time. When I saw him surf, I realised he’s probably the best surfer in New Zealand. He was better than anyone else then, he still is.

I always watch him when we go out in the water. I’ve been surfing for ages but he’s taught me a lot — not just about surfing but about the culture and sanding. He made me a surfboard, it’s the best board I’ve had in the 17 years I’ve been surfing. It’s perfect for me.

"We’ve travelled a lot together. Jordan took me all around the North Island when we lived together. He does all the driving — he won’t let me drive, probably thinks I’m too scary. My job is to buy the beer."

We surfed our way around Bali, Indonesia and North Sumatra for a month with our other friend Dan. The only time Jordan and I really fight is when we travel. One of these fights happened when we were riding through North Sumatra on a motorbike — I was on the back, he was on the front. There were cow pats everywhere and Jordan kept making sure the shit flicked up on me. He thought it was hilarious. I didn’t.

Jordan is someone who just ‘does’. He’s the opposite of me — I think and think about things before I can do it. Before we even started Golden Balls, I had bought everything I needed to sell takoyaki but I couldn’t do it, I was thinking too much. That’s where Jordan came in — he decided we should do it and next day we had a menu.

I think he’s just doing Golden Balls to help me branch out on my own. That’s Jordan, he’s kind and very family orientated. He’s always ready to help out someone else. I’m really proud of Jordan, he’s only 22 but he’s doing so well. I was recently in Sri Lanka for a surfing trip and met some Kiwis who were riding his boards. Jordan’s going to go big. With his surfing skills and shaping skills he can go anywhere, and he will.

You’ll want to remember every minute of your time in paradise. Uncover experiences and delight in each moment.

Find out what makes our beaches so special...

Discover the legend of our maunga...

Find out what makes our beaches so special...

Discover the legend of our maunga...

The Legend of Mauao

CRUISing to THE BAY