Picture this – a ‘super pod’ of thousands of dolphins. A school of fish so large it covers several acres. Hundreds of gannets diving like torpedoes into the water. It sounds like a scene from National Geographic but it’s happening right here in the Bay of Plenty. 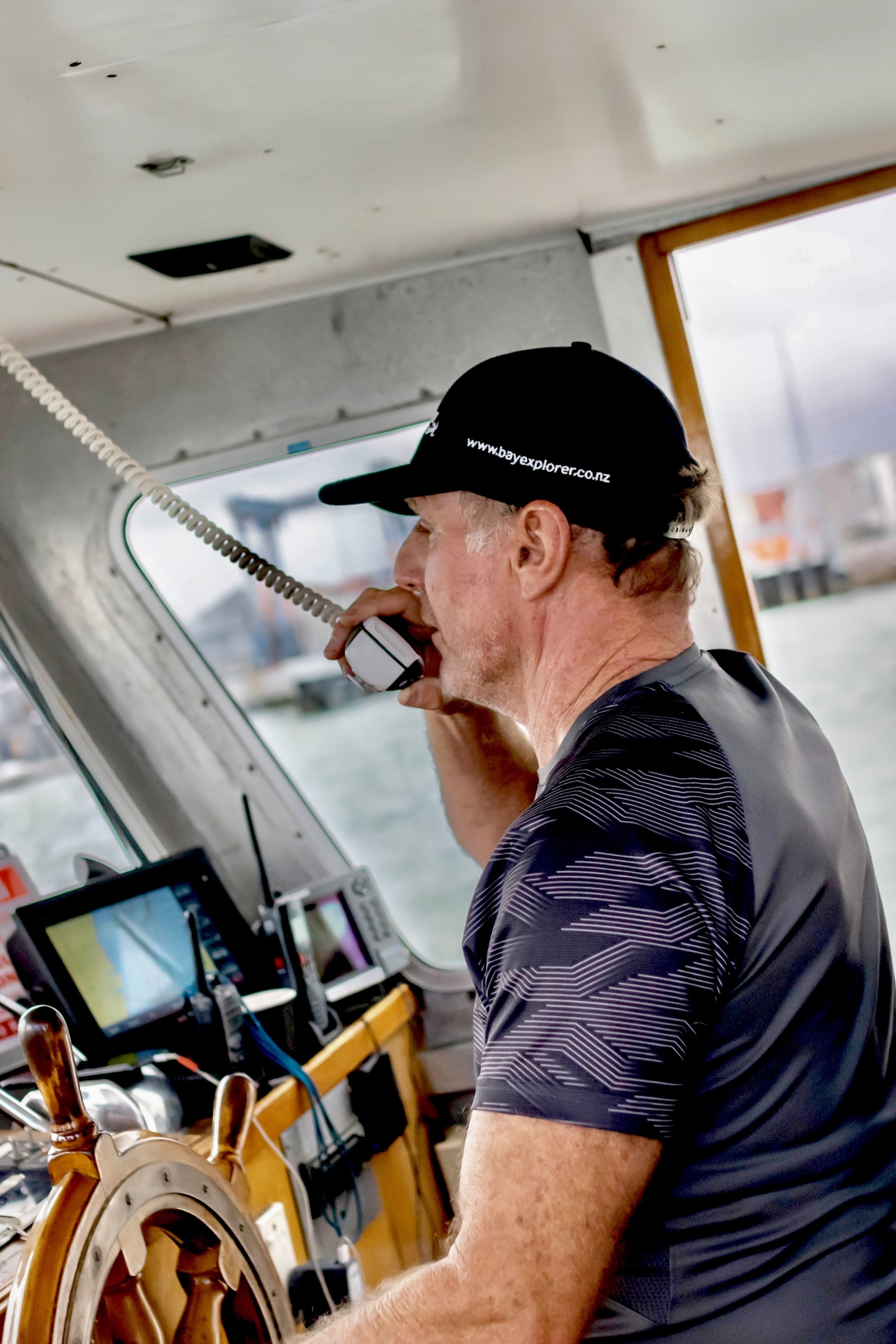 Our region is lucky enough to have the highest diversity of wildlife found anywhere in New Zealand, explains marine studies expert Brandon Stone.

“The Bay is a divergence zone because of its deep bowl shape which captures currents and the fact we’re located close to the continental shelf. That means we get a vast range of migrating winter animals as well as the tropical species in summer.”

Brandon wanted people to experience the absolute wonder that lies on our doorstep so launched Bay Explorer in 2015. He offers half-day dolphin and wildlife tours (5 hours approximately) departing from The Strand, Tauranga, where people can see a wide range of marine animals, fish and birdlife from the comfort of his vessel.

“We always see wildlife. Sometimes it’s even before we’ve got past the harbour entrance! It’s dynamic out there – there’s so much to see.”

On 95% of trips, there are common dolphins to be found. The Bay of Plenty is one of the best places in New Zealand to see this species because of their abundance. Brandon says they can travel in pods ranging from a dozen to several thousand. “In summer they tend to disperse into smaller groups for mating and target feeding. In winter they will gather back into a ‘super pod’ for socialising and predator protection.” 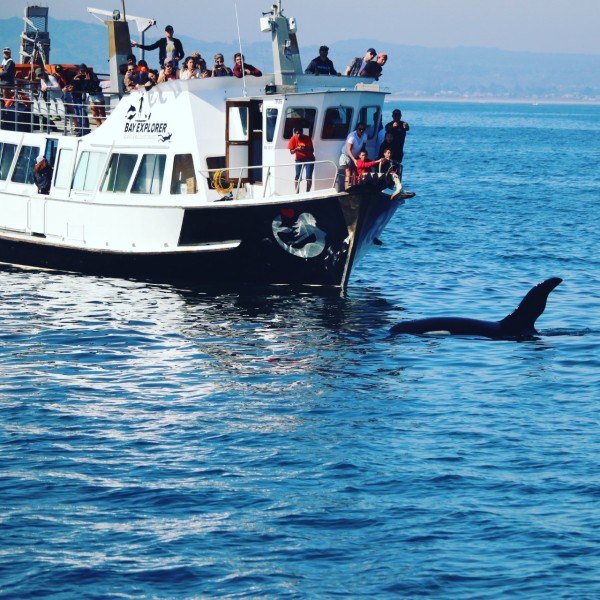 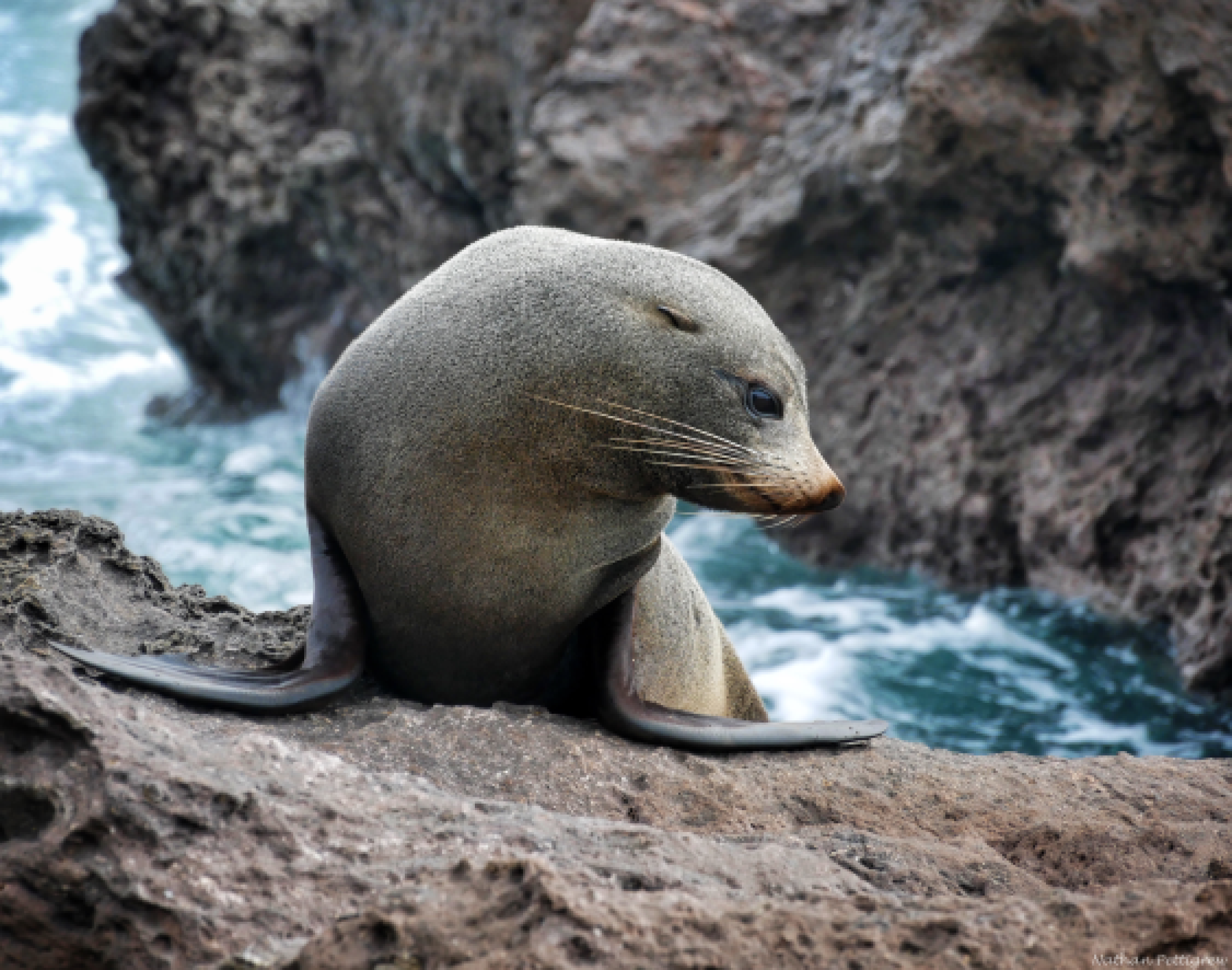 Bay Explorer doesn’t rely on any devices to track the movement of dolphins. Instead, Brandon trusts his years of experience and knowledge about dolphins’ preferred areas for socialising, as well as a network of other vessels on the water who provide shared “intel” each day.

“A lot of it has to do with seasonality but it all comes down to being incredibly vigilant and searching with binoculars. That’s why it’s essential to have a large vessel where we’re elevated. You can see further from a high vantage point which isn’t possible on smaller boats.”

Bay Explorer is certainly big – it’s the largest charter vessel in the Bay of Plenty. Guests can spread themselves along the length of the 18.5-metre boat and have an upper and lower deck to choose from. A fully licensed bar, comfy seating and a sound system for music makes it a great place to relax and enjoy a spot of sunbathing along the way. 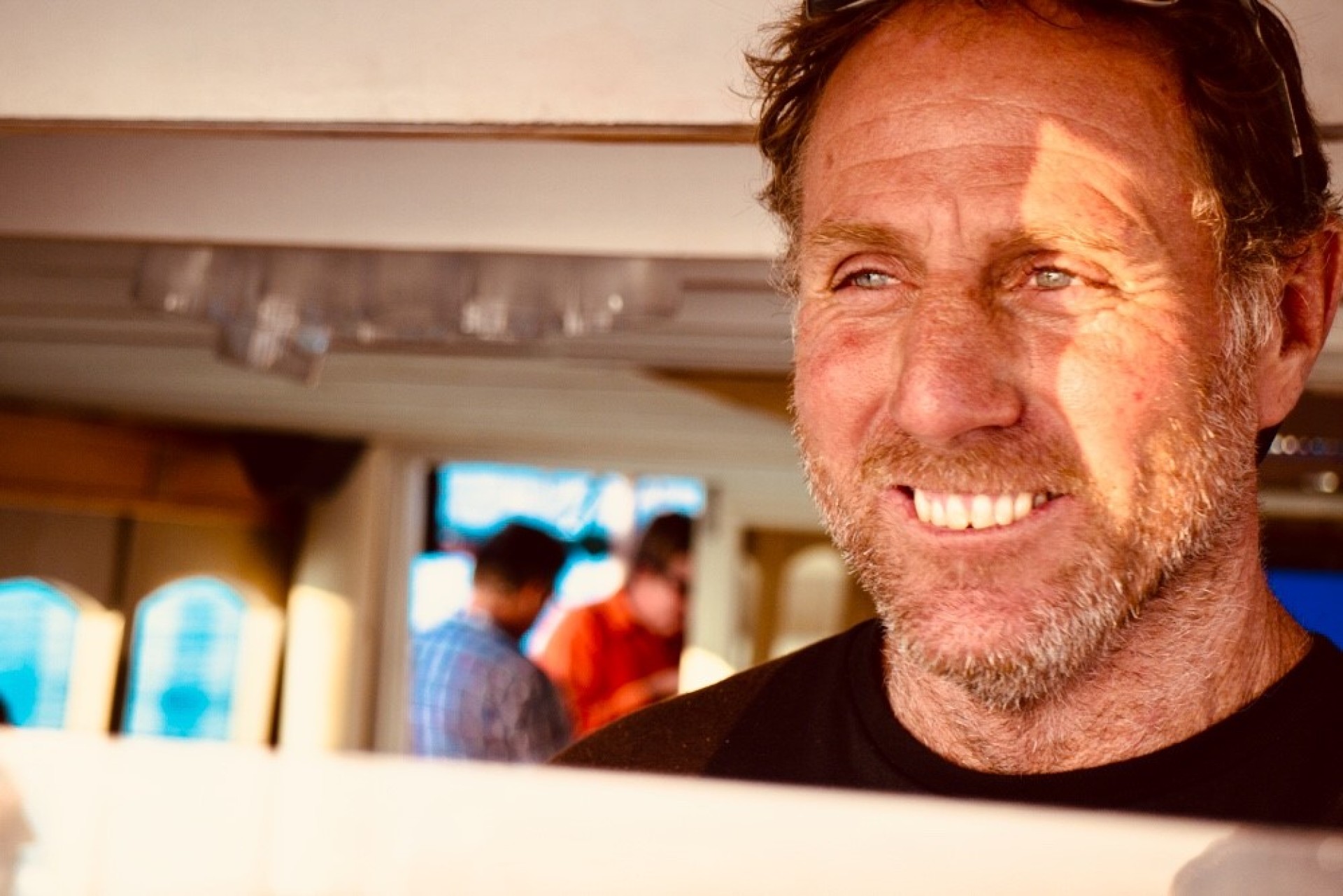 In addition to dolphins, you can potentially see orca, penguins, leopard seals, New Zealand fur seals, whales – Brandon can rattle off a list of about 10 different species – mola mola (ocean sunfish), and sharks during your tour. “Earlier this year we encountered whale sharks and the video went viral,” he says. “They can grow up to 8 or 9 metres long.

“We sometimes see leatherback turtles too. They’re the largest species of turtles in the world. They can dive to 700-metres and can stay underwater for several hours.” Brandon says they used to be more abundant in this area a long time ago and seem to be re-establishing in our waters very slowly.

Brandon’s biggest challenge is not whether the animals are there, but finding them and waiting for them to surface. “That’s the trick. We have to locate them and maintain visual contact and that, in itself, is an art.” 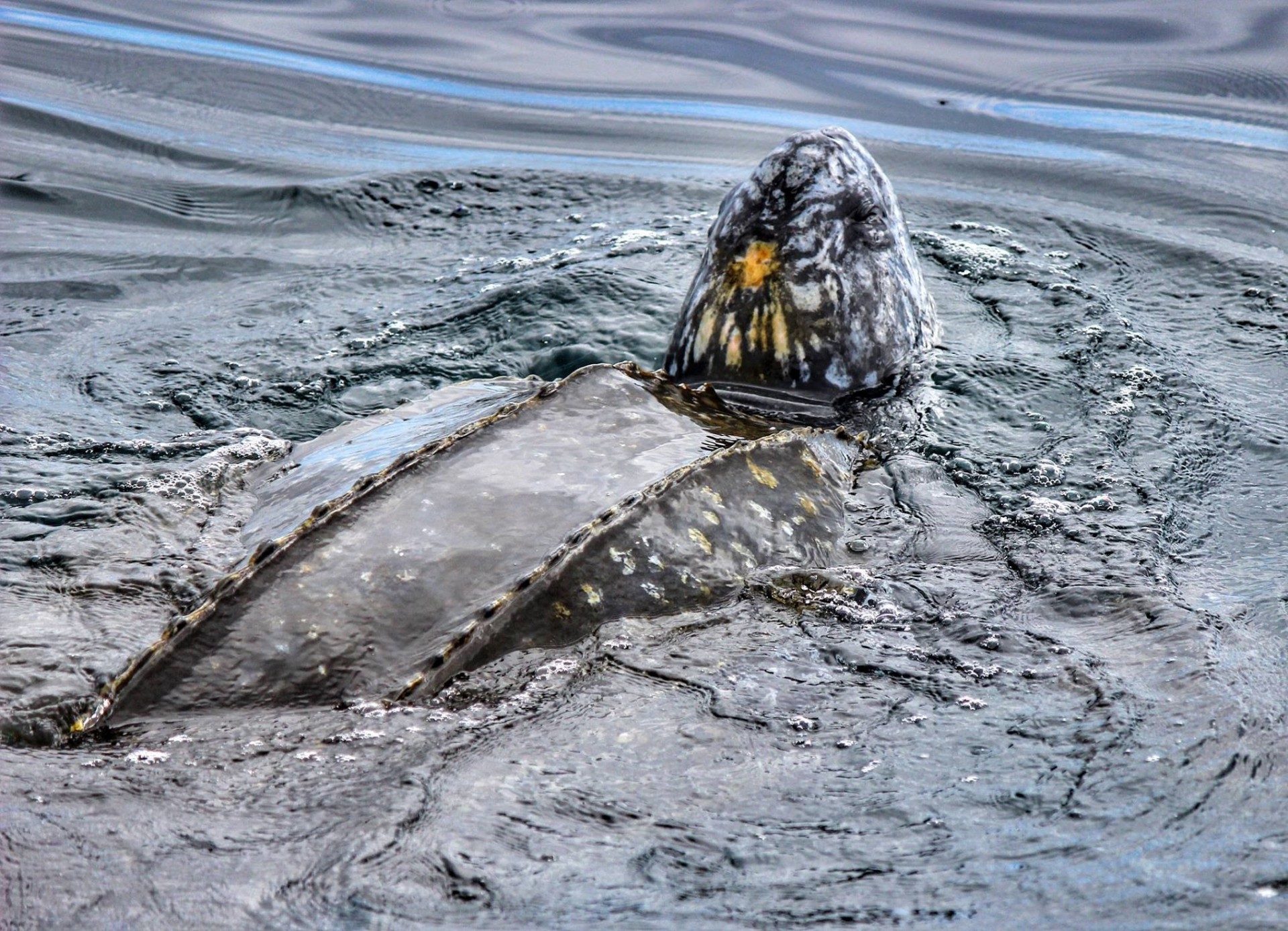 In addition to Bay Explorer, Brandon is also responsible for developing Kewpie Cruises into a much-loved tourism venture. Built in 1953, the vessel is available to hire for private functions and school group trips year-round. But between September and May, you can also jump on board at Pilot Bay and enjoy a scenic cruise around the harbour and over to Matakana Island’s inner harbour beach. The hour-long tour departs up to 5 times a day.

“Kewpie Cruises has always been ‘the people’s boat’ in Tauranga. The main target market is locals and their families so that they can have access to our beautiful harbour and get out on the water.” 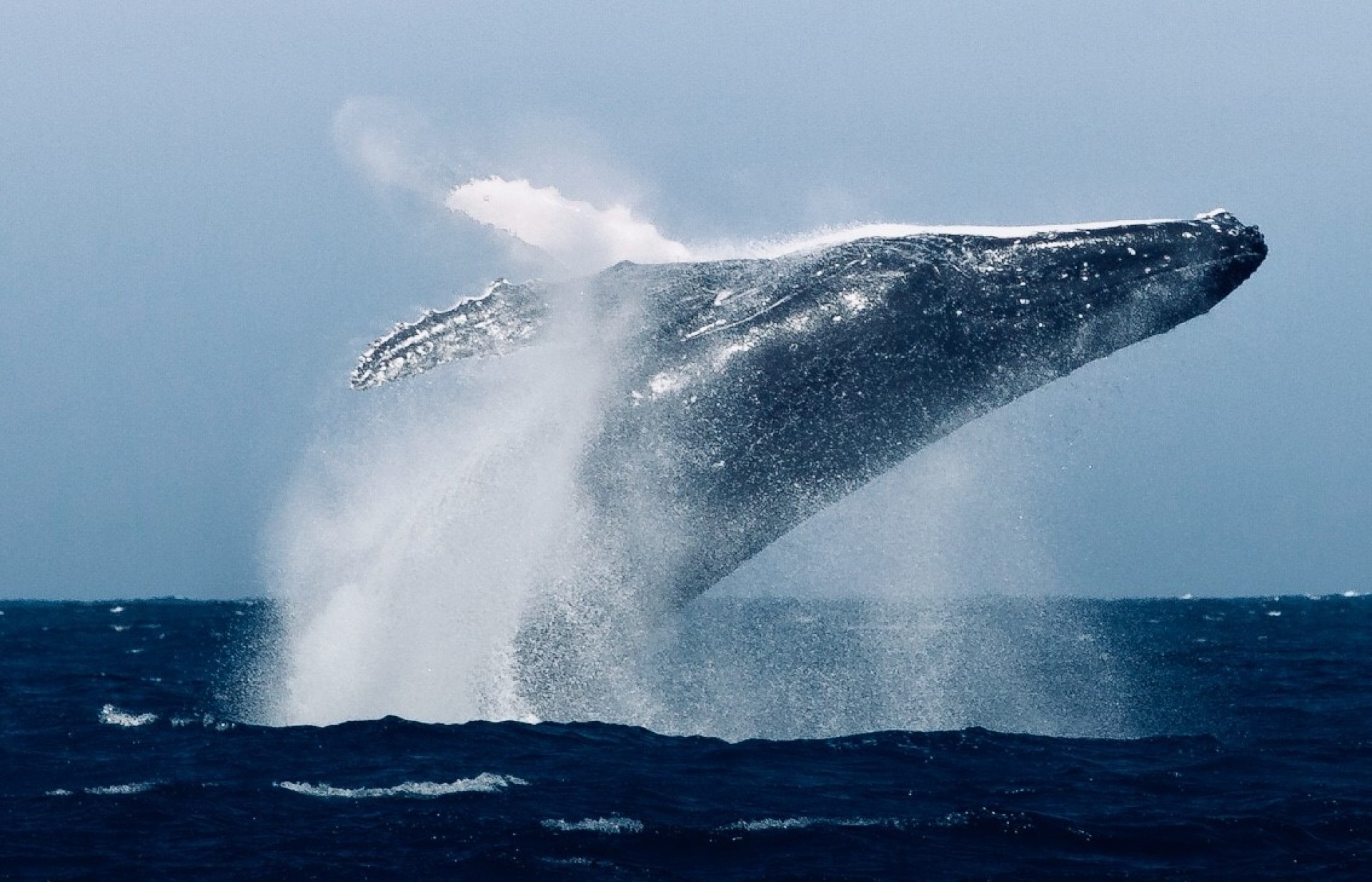 Brandon is a former marine studies lecturer at Toi Ohomai Institute of Technology and has studied Humpback whales in Tonga and Southern Right Whales in sub-Antarctica. He happily shares his extensive knowledge with Bay Explorer guests, but there’s another string to his bow which ensures this is a first-class experience.

“My former career was in event management. I was based in Hong Kong for many years and have run huge events all over the world for audiences of thousands. I helped launch Cathay Pacific Airlines into several different destinations worldwide and Richard Branson hired our company to executive produce a corporate show when he launched Virgin Mobile in Singapore.

“A lot of people in Tauranga see me as a salty old sea dog but I’ve actually got a crazy corporate background. I can apply my past skills as each individual tour is like an event.” 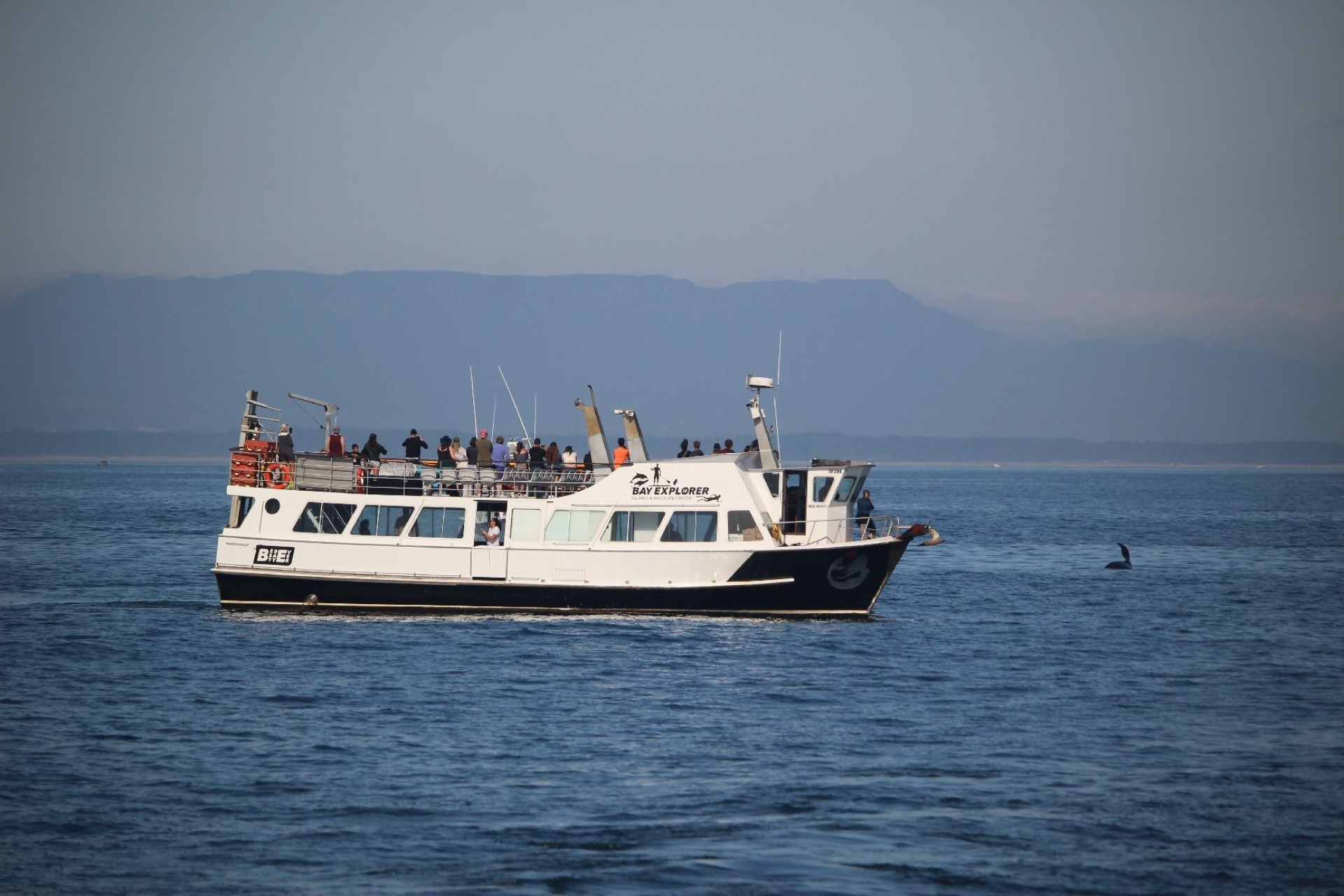 Moving into tourism was a natural progression for Brandon when he returned home to New Zealand 30 years ago. His love of the great outdoors culminated in launching Bay Explorer to cater to people who want to see dolphins and other marine life – a shared lifetime experience. His philosophy is to educate, explore and protect.

“Mostly I just want to share my passion for the ocean and introduce people to our big blue backyard.”

To book a dolphin and wildlife cruise with Bay Explorer, visit bayexplorer.co.nz or phone 021 605 968.

To enjoy a scenic tour of Tauranga Harbour, visit kewpiecruises.co.nz. 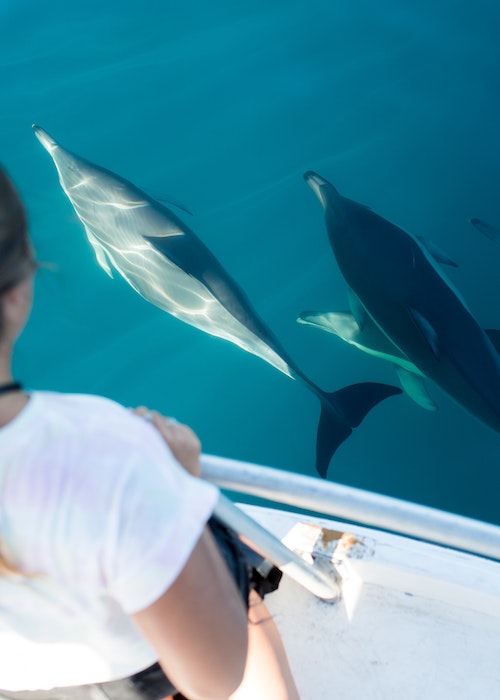 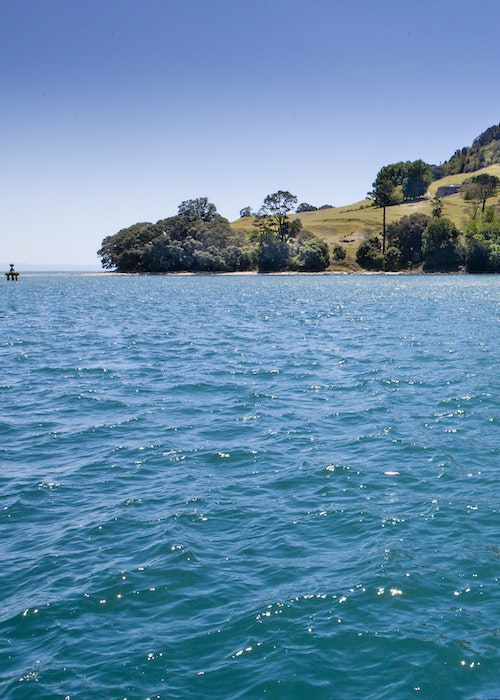