This small island sits just off Mount Maunganui’s Main Beach. In the past, it’s been a Māori pā, a quarry, a marine aquarium and a tourist attraction called Leisure Island. Now it’s a protected reserve and a great place to enjoy a walk.

You won’t find an island more accessible than Moturiki. 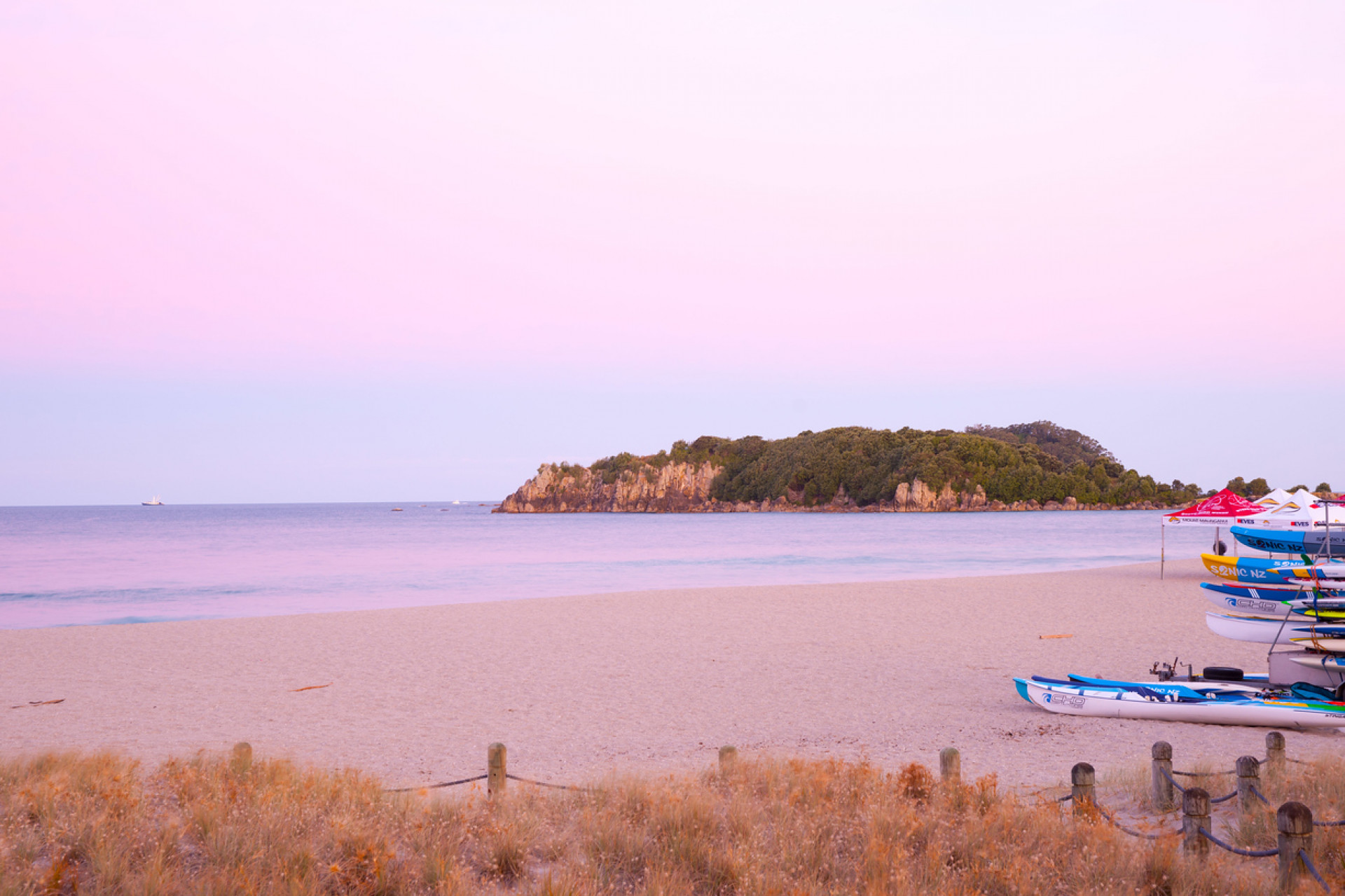 This iconic landmark is actually connected to Mount Maunganui’s Main Beach by a man-made land bridge and has had a long and colourful history.

It was originally inhabited by early Māori settlers who built a terraced pā on the island. The Crown later took ownership of Moturiki and established a quarry in 1911 to source the loose stone foundations required to build railway lines around the Bay of Plenty. This quarry continued for 12 years and the blasts created deep pits which were later used by two tourist attractions.

Marineland opened an aquarium here in 1966 where dolphins and other marine life were on display. Fifteen years later it was replaced by another venture, Leisure Island, which used the large pools for swimming, bumper boats and hydro slides. Many Bay of Plenty locals still remember this attraction (it closed in 1990), hence Moturiki is often referred to as ‘Leisure Island’.

Today the island (which covers almost 2.5-hectares) has reverted back to its natural state, with no signs of the former facilities or attractions visible. A popular walking track will lead you to the northern tip of the island where you’ll find a blowhole which spectacularly shoots water skyward during high tides and large ocean swells.

It’ll take you between 5 and 10 minutes to reach the blowhole from Mount Maunganui’s main beach. Follow the well-marked track up the gentle slopes and scramble over the rocks at the top for the best vantage point. You’ll also have a great view over the Pacific Ocean, back towards Mount Maunganui and down the coastline towards Pāpāmoa. This is a great track to explore with your kids as there are plenty of things like rock pools to spark their imagination.

Moturiki is also a popular spot for rock fishing. Just make sure you choose a spot where you’ll be safe from rouge waves and high seas.