BEER O'CLOCK IN THE BAY

It’s not surprising that the Bay’s relaxed, down to earth lifestyle has given rise to an innovative – and impressive – craft beer scene. 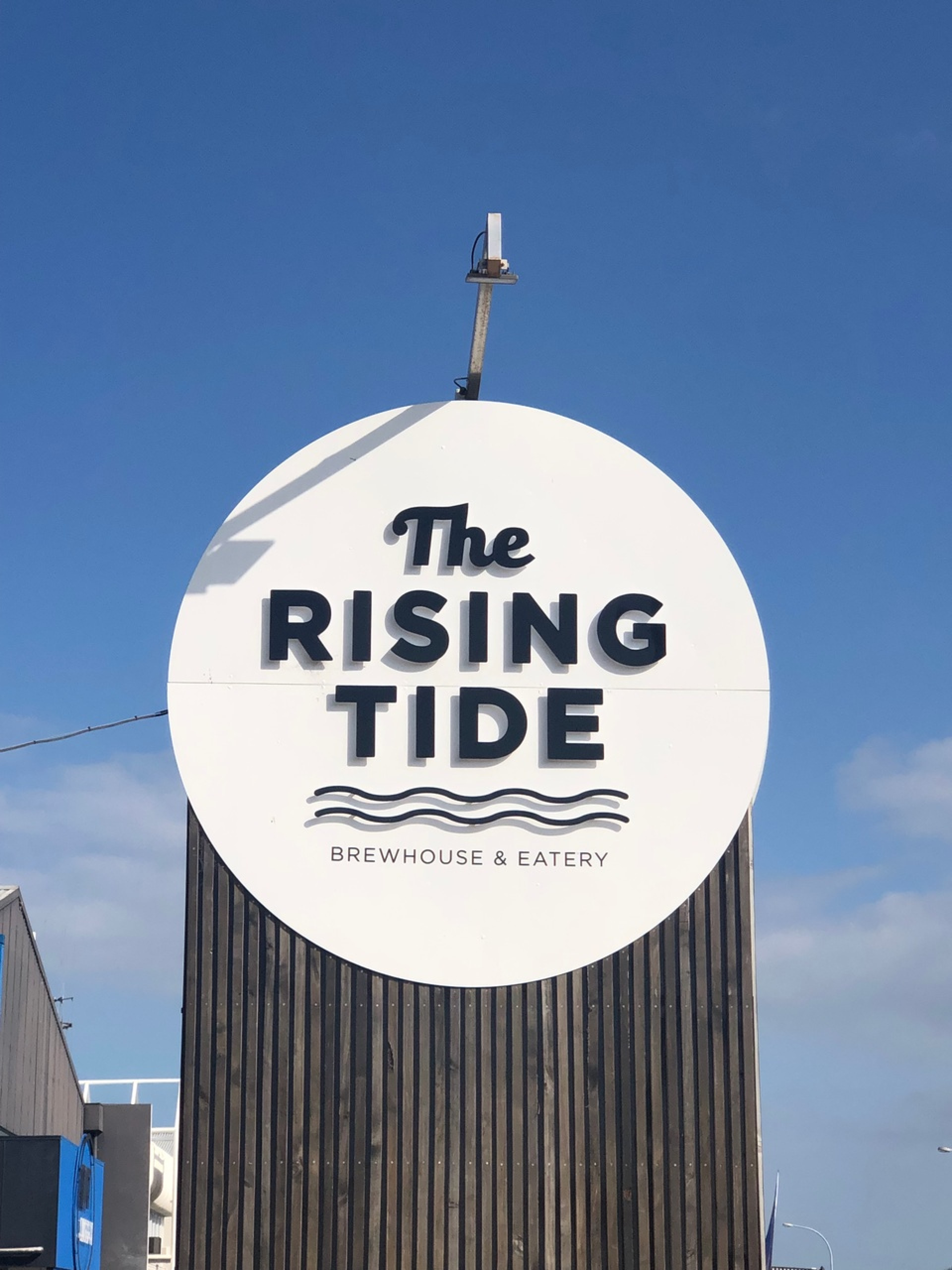 Situated inside the Mount Brewing Co. brewery (you can sit and watch the brewers at work), The Rising Tide boasts 39 taps of craft beer, cider, wine and cocktails. The first ten are dedicated to Mount Brewing Co. beers, including favourites Mermaid's Mirth – an American pale ale with a big citrus flavour – the Blackbeard Coffee Stout, and the Dark ‘n Stormy Cider, which features hints of ginger, molasses and spices. Brews from another local favourite, Funk Estate, also feature prominently.

If the choice gets to be too much, The Rising Tide’s tasting paddles are a great option – five beers, ciders or wines of your choice served in 100ml beakers.

The restaurant is run by popular local street-food vendors Johney’s Dumpling House but also offers burgers, shish kebabs, vegetarian and vegan options, as well as other Asian fare. There’s also a couple of options for the kids. 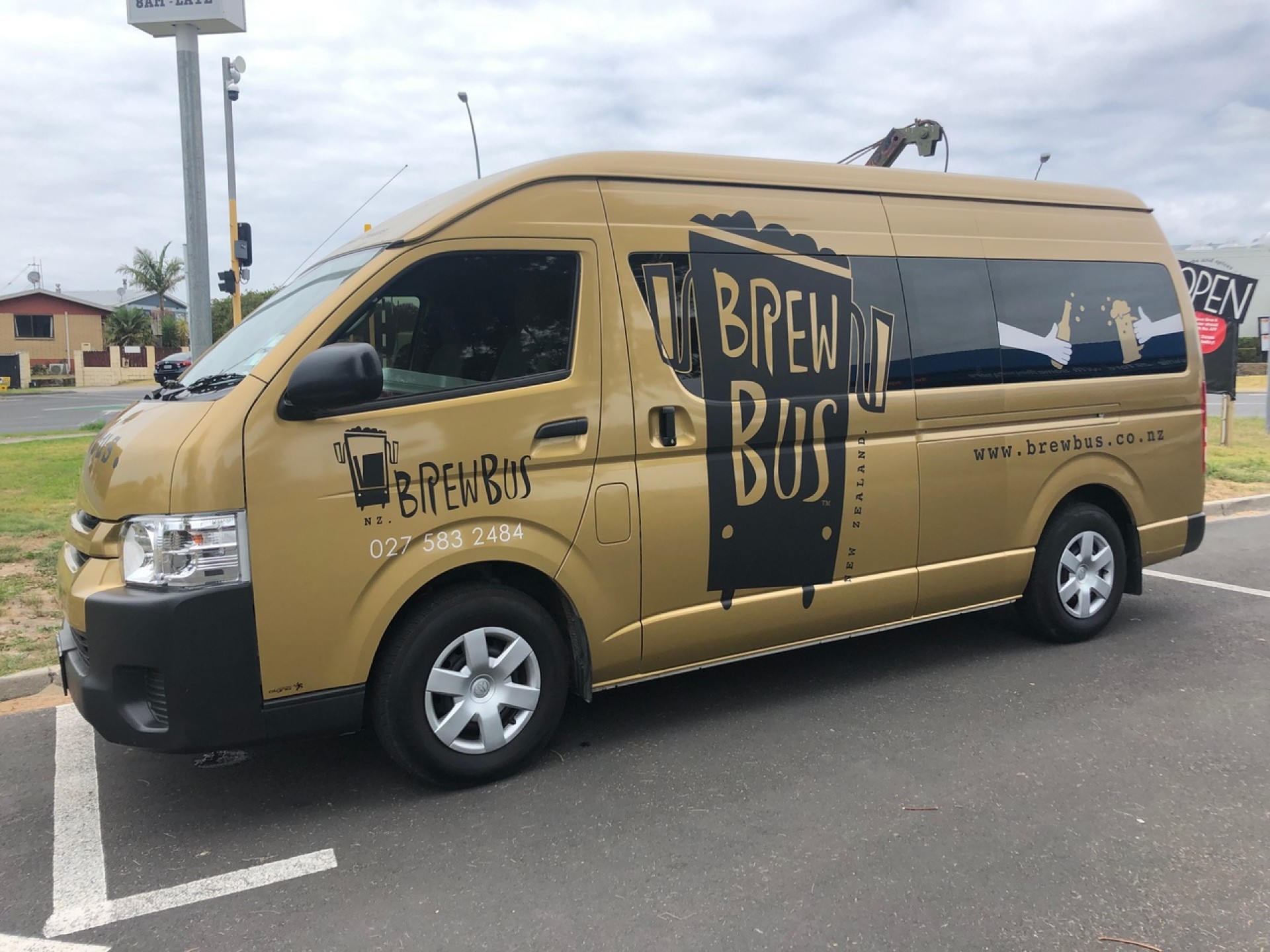 Brewbus is all about ‘crafting brew-tiful memories’ by taking the people to the beer.

Founded in the Bay of Plenty in 2017 by a lawyer and a journalist turned craft beer enthusiast, the Brewbus concept has since spread to Auckland, Waikato, Taupo, Queenstown/Wanaka, Wellington and soon, Christchurch.

Travel in style to Bay of Plenty craft beer destinations such as Slab Brewing, The Island, Fitzpatrick’s Brewing Co and The Barrel Room, where you’ll have the chance to take a behind the scenes look at where the magic happens, hear from the brewers and, of course, taste some of the best beer the Bay has to offer.

The five-hour Brewbus ‘Beers in the Bay’ tour will immerse you in a story-telling journey, with tastings at four iconic Bay of Plenty locations and a beer-matched lunch. If you are short on time, Brewbus offers a shorter 3 hour afternoon experience and can cater for small and large groups for incentive, team building and corporate events. 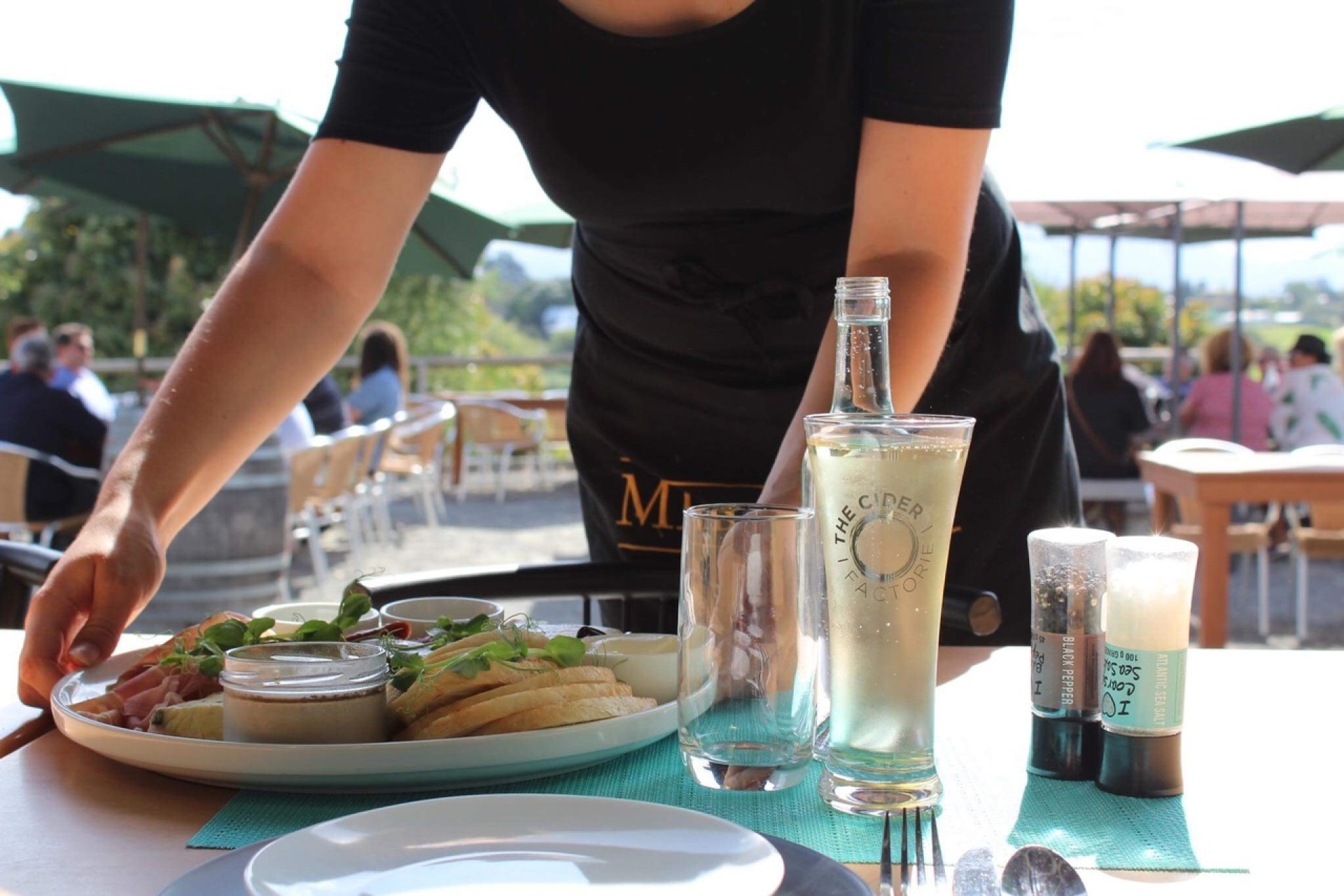 The Cider Factorie in Te Puna has been ‘crushing it in the Bay of Plenty since 2012’ with its Core, Artisan, Reserve and Specialty ranges of cider.

Owners Simon and Rowena Pearce – both qualified wine makers who have spent time working in the Hawke’s Bay, Margaret River and Yarra Valley wine regions – opened a restaurant on-site in 2017, which focuses on sharing plates and platters, designed to complement their ciders.

The restaurant is set in a former avocado packing shed and enjoys views of the inner harbour and across the Kaimai range. The outdoor cidery also makes for an impressive sight.

Give the feijoa apple cider a try for a distinctively New Zealand summer taste or, for something extra special, try the Reserve range, crafted in the same style as many of the world’s top sparkling wines. 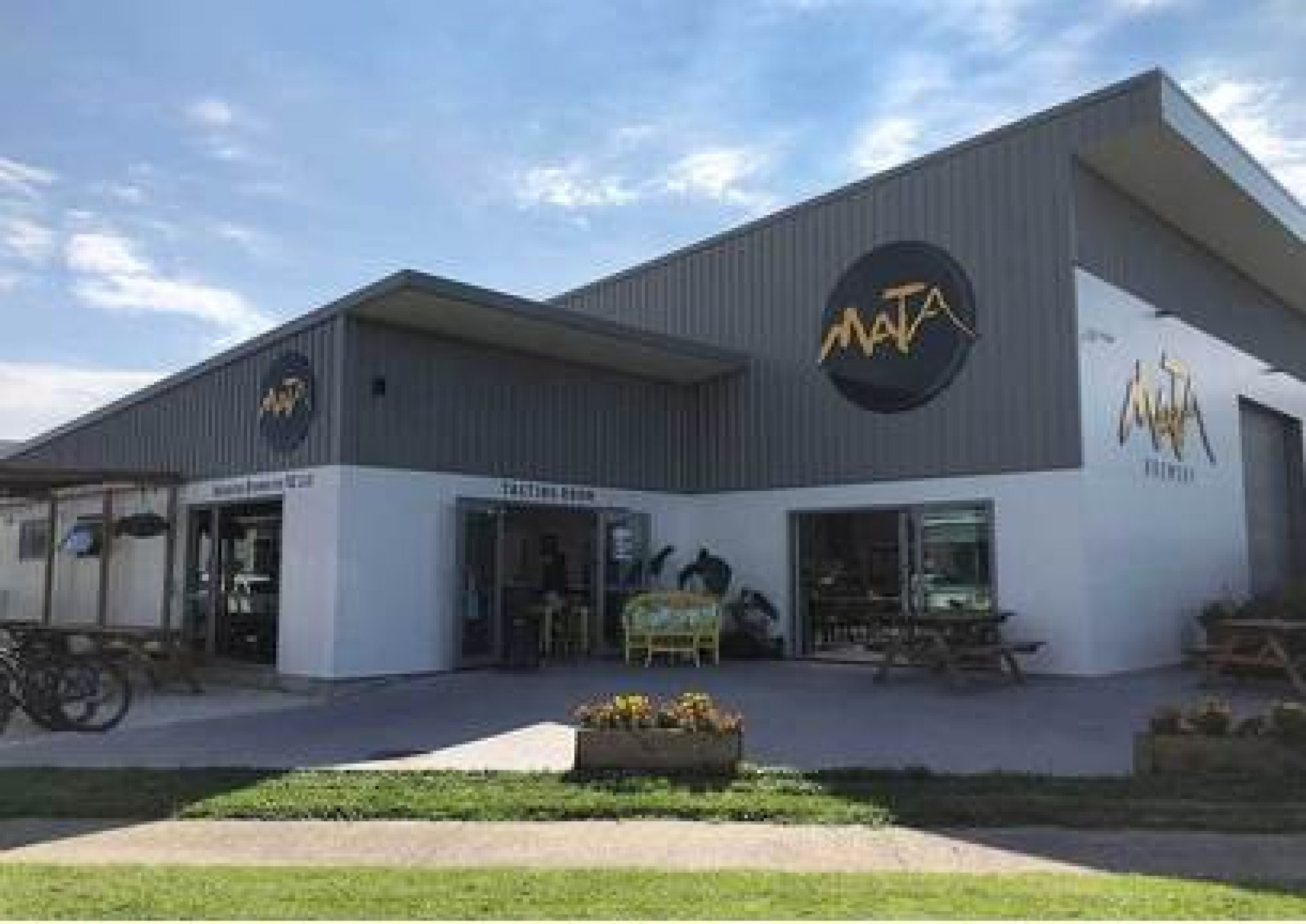 An hour from Tauranga along the picturesque Pacific Coast highway is Whakatāne, and the Mata Brewery. This is the home of the Hop Lips IPA, the Hip Hop pilsner and the smooth-tasting Manuka Golden Ale. If you can’t decide, grab a tasting paddle for $12. 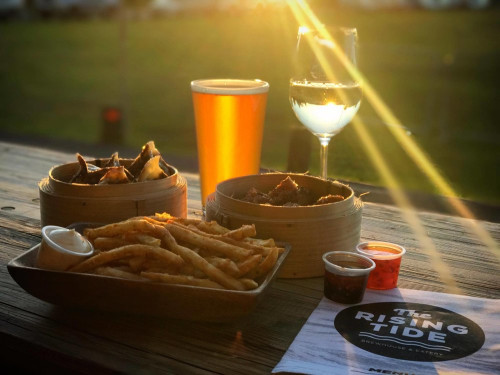 We love craft beer, dumplings, being situated on a beautiful park, and our big deck that soaks up the warm Mt Maunganui sun.
The Rising Tide
Read More 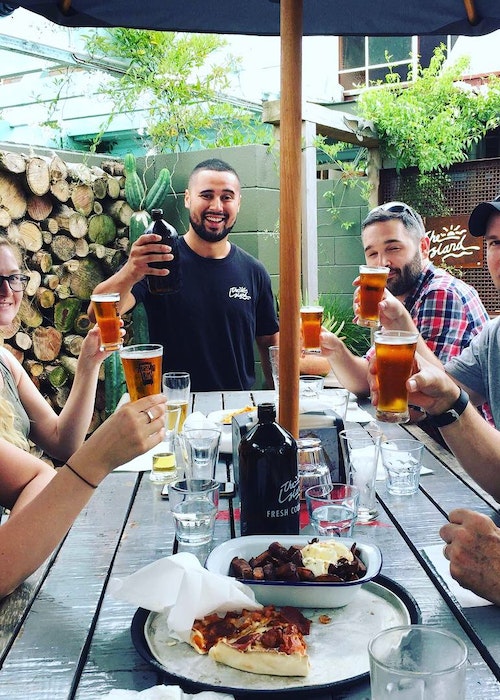 At Brewbus - we're all about taking the people to the beer! Whether you're a beer novice, a crafty connoisseur, or just have a thirst for a fun day out and some brewing knowledge, Brewbus is the bus to be on!
Brewbus - New Zealand Craft Beer Tours Limited
Read More 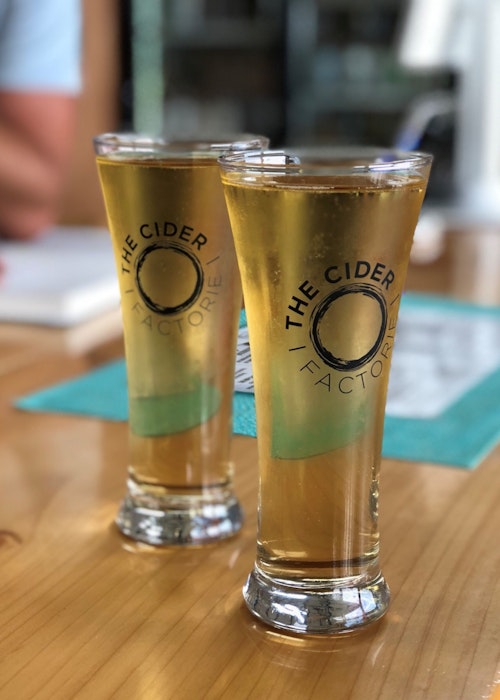 Award winning Cidery located in the green belt of Te Puna, Tauranga. The Cidery, Restaurant and Cellar Door are situated in the one amazing location for you to visit 5 days a week.
The Cider Factorie
Read More
←